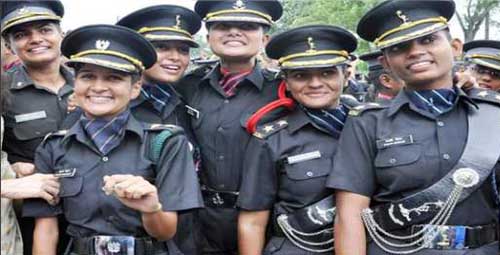 NDA 2024: The autonomous government body in India, Union Public Service Commission is soon going to conduct the UPSC NDA 2024 Examination. The organization commenced the exam twice every year and so this year as well. Those who are looking for applying for the examination ideally need to have whole information so that no stone is left unturned and make preparations according to the pre-informed schedule. The examination which is talked about here comprises the posts of National Defense Academy, Naval Academy, and Indian Air Force. Find below the NDA 2024 Exam (I) & (II) Application Form, Exam Dates, Eligibility & Educational Qualification:

The approximate number of vacancies will be 400:

The Examination will be held at the following Centres :

Candidates who want to apply for NDA just check here the NDA 2024 Eligibility Criteria. Below we are providing the eligibility criteria for the UPSC NDA exam:

The age of the candidate applying for the examination should have been born before Jan 1996 and not after Jul 1998. You will be considered for an exam if submit a high school/ intermediate mark sheet. If bachelors and spinsters apply for the examination then they cannot marry until the training period gets over

The candidate should be physically fit. Also, records should not show any sign of resignation from the training of the armed forces.

Candidates must check the below NDA 2024 Exam Pattern, we mention all-important points below related to the exam pattern:

The NDA 2024 Syllabus will be mentioned below. These subjects will include such as mathematics, English, and general knowledge sections:

Operations on sets, Concept of a set, Venn Diagrams, Operations on Matrices, Types of matrices, Determinant of a matrix, Trigonometric identities Sum and difference formulae, Trigonometrical ratios, Distance formula, Angle between two lines, Equation of a line in various forms, Distance of a point from a Line, Composite functions, Equation of a circle in standard and general form, One to one, onto and inverse functions, Standard limits, Notion of limit, etc.

English: Grammar and usage, Vocabulary, Comprehension & cohesion in extended text to test the candidate’s proficiency in English. It tests the candidate’s understanding of English and the use of words.

Candidates who give the exam successfully can check the result through online mode. We provide all details below related NDA 2024 Result:

The board will release the sectional and overall cut-off marks online on the website. The candidates who will qualify for the NDA exam by obtaining the cut-off marks will be eligible for an interview.

NDA SSB Interview round will be conducted after the written test. Candidates who will clear the written test round are eligible for the interview and medical round. SSB will be organized in several rounds. The interview will be held in five days and candidates have to necessarily appear in all the rounds.